Ostrich Air, located in California, designs, and manufactures custom purpose-built military, commercial, and racing drones. This year they decided to build and compete in BattleBots. Jonathan Collazo chose SDP/SI as one of their key sponsors for their expertise in drive and motion control solutions, its wide assortment of stock mechanical and motion control products, the ability to customize, and its engineer-to-engineer support.

When approached about partnering with Ostrich Air, Robert Kufner, CEO and President of Designatronics, Inc. jumped at the chance, immediately involving SDP/SI, a Designatronics brand, in collaborating on design and build. A fan of previous BattleBot seasons, Kufner said “It’s not easy to design and build a machine on your own. We are thrilled to be supportingthe team with engineering, mechanical drive and motion control components.” Utilizing SDP/SI stock parts, such as bearings, precision shafts, timing belts, pulleys, brushed motors, and controllers, saves valuable time in development and testing, moving the design into production faster. “Excitement is building as we look forward to joining other robot enthusiasts to see who will make it to the final knock-out stage in the BattleBot arena,” said Kufner. “The Ostrich Air robot looks sinister!!!” 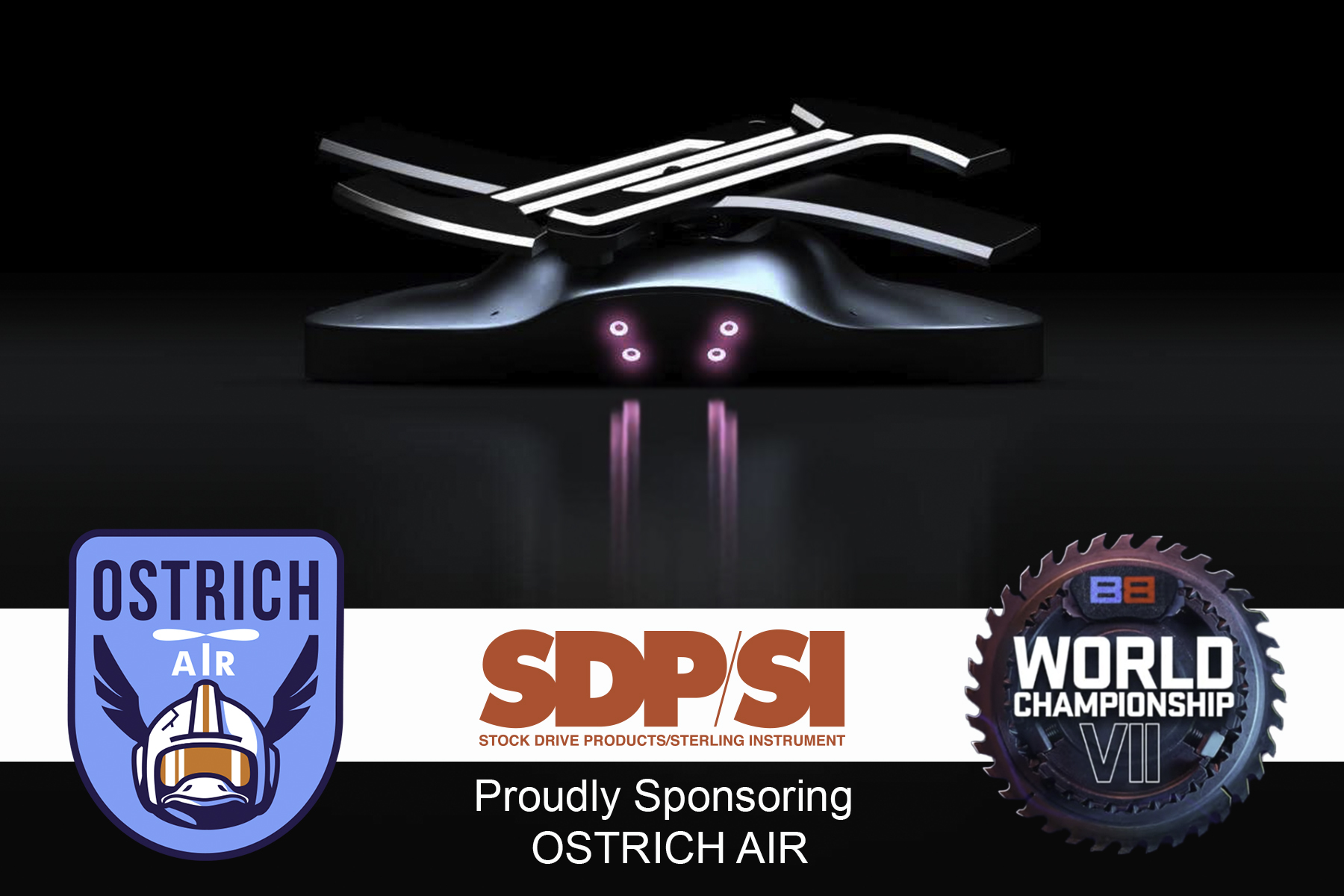